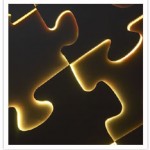 Is there truth to the rumor that if you do 3 successful shidduchs (i.e. match three people with their future spouse) you go to the highest level of heaven? What is the theory behind it? And is it true that you are completely absolved of any sins you may have committed too??

I have never heard of these promises before, but nevertheless bringing soul-mates together is one of the greatest things you can do. Here’s why:

1) It’s the first thing G-d did after He created the world — He introduced Adam and Eve. So you are doing G-d’s work.

2) While we are single, we are only half a soul. By reuniting someone with their other half, you have made them complete. This not only benefits those two individuals, but also the entire world — another piece of fragmentation has been healed.

3) There are souls waiting to come down into this world; by introducing their parents to each other you have brought them closer to fulfilling their purpose.

So the matchmaker has done good for themselves, the couple, the future generations and the entire world!

But even if the couple you introduce don’t hit it off, it’s still did no harm. Because there is a tradition that we have to meet a certain number of people before we can meet our soul-mate. Even the «failed attempts» help, because it brings the real one that much closer.

So if you have an idea for someone — suggest it! I can’t guarantee it will absolve all your sins, but the rewards are definitely worth it.

BY ARON MOSS
Rabbi Aron Moss teaches Kabbalah, Talmud and practical Judaism in Sydney, Australia, and is a frequent contributor to Chabad.org.